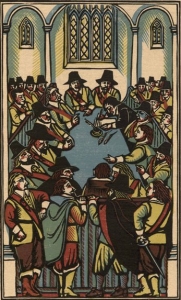 In 1647 England was gripped by Civil War and Parliament’s army had just locked up the King, Charles I.

In an event unprecedented in English history the army leaders and members of the rank and file, along with a group of London radicals known as the Levellers, came together to discuss England’s political future.

For 12 days, St Mary’s Church in Putney played host to debates about who should have the right to vote.

The debates have been immortalised by the words of Leveller sympathiser, Thomas Rainborough, who stated:

‘I think that the poorest he that is in England, has a life to live as the greatest he’.

This declaration of equality among men helped to sway the debate in the Levellers’ favour. A consensus emerged to extend the franchise to most men in England.

But the agreement was never put to the House of Commons, the Leveller leaders were arrested, and the Putney Debates were covered up and disappeared from history for over two hundred years.

A chance discovery in Oxford University in 1891 ensured the debates were not lost forever.

Read more about the debates 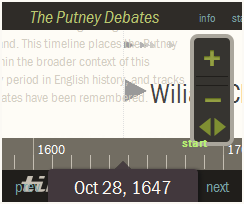